The National Council of Jewish Women (NCJWSTL) partnered with the school in creating a poster contest where students were invited to submit a design that helped inform others and spread awareness of the issue.

The submissions were judged by Dr. Andrea Nichols, a Carnegie Award-winning professor of sociology at St. Louis Community College at Forest Park; she is the author of several books and articles pertaining to human trafficking.

Each of the five winners received a gift card from the NCJWSTL and Everett’s winning poster will be displayed throughout the school.

The contest was announced in September, when a large group of students listened to a presentation from Katie Rhoades, Executive Director of Healing Action in St. Louis, discussing human trafficking issues both locally and nationally.

The NCJWSTL has worked to build awareness and change public policy to combat human trafficking since the issue was identified as a significant problem in the St. Louis region in 2013 by the U.S. Department of Justice. 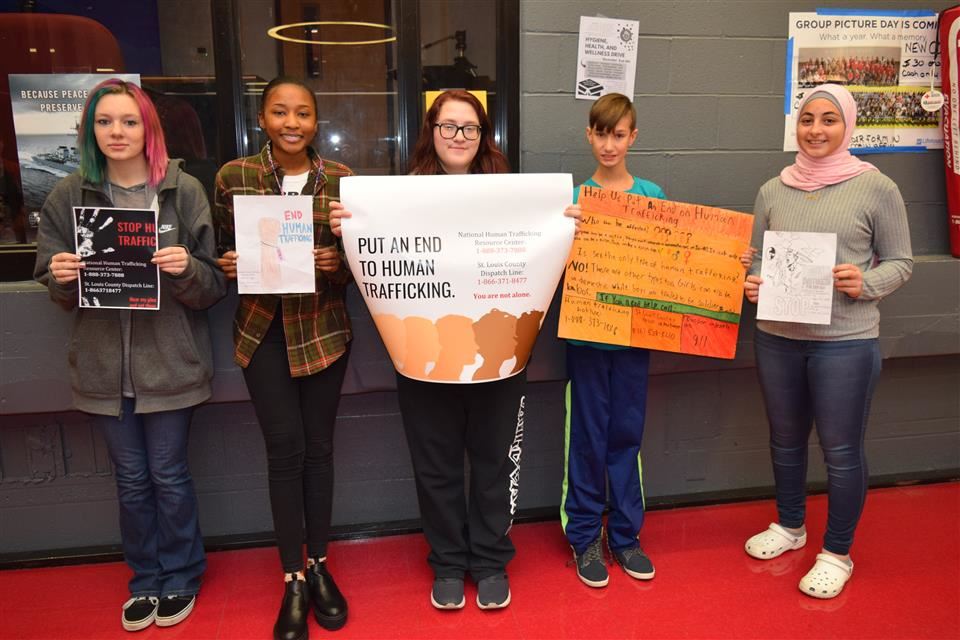 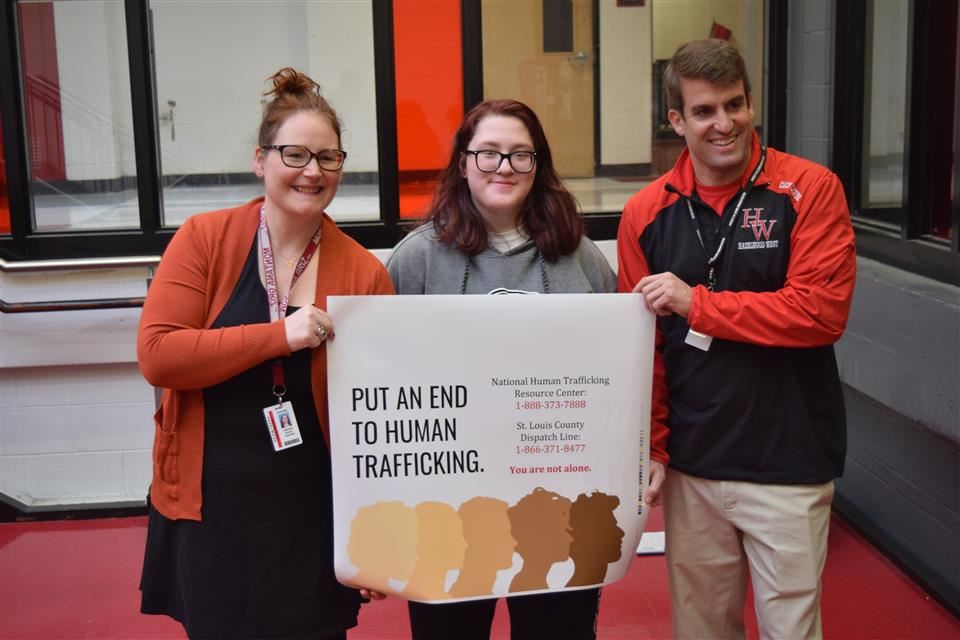